May 16, 2019
Aberdeen’s Top 10 Instagram Hotspots
By: Discover Grays Harbor
Back to: Blog

The 21st century has proved to be heavily dominated by the world of social media. One of the most popular social channels used by over one billion users worldwide is Instagram. The progression of the app began as a simple place to share photos with friends and family to now being an integral part of many people’s everyday lives. Capturing the perfect photo has become such an important aspect of many people’s lives that we’ve put together a list of the top ten Instagrammable spots throughout the historical city of Aberdeen.

Check out this map to uncover the exact location of each Instagram hotspot.

Although these tall ships are not always docked at their homeport of the Grays Harbor Historical Seaport, when they do make an appearance, it’s absolutely worth the drive to pay them a visit. These two massive 1700’s replica ships are best appreciated on the water. Sign up you and your family for an Adventure or Battle Sail and enjoy this exciting opportunity to photograph the ships in motion, firing mock cannons at one another while the sea breeze billows in their sails. The crew on board also make for interesting photography subjects as they’re often dressed in traditional sailor uniforms as they maintain the intricate workings of the ships and climb the towering masts.

If taking part in a sailing isn’t part of your itinerary, simply stop by the Seaport while the Lady Washington and Hawaiian Chieftain are docked. Here, visitors have the opportunity to climb on board and take a closer look at the workings of the ships for just a $5 suggested donation. Visit the Grays Harbor Historical Seaport website for specific port times and dates. 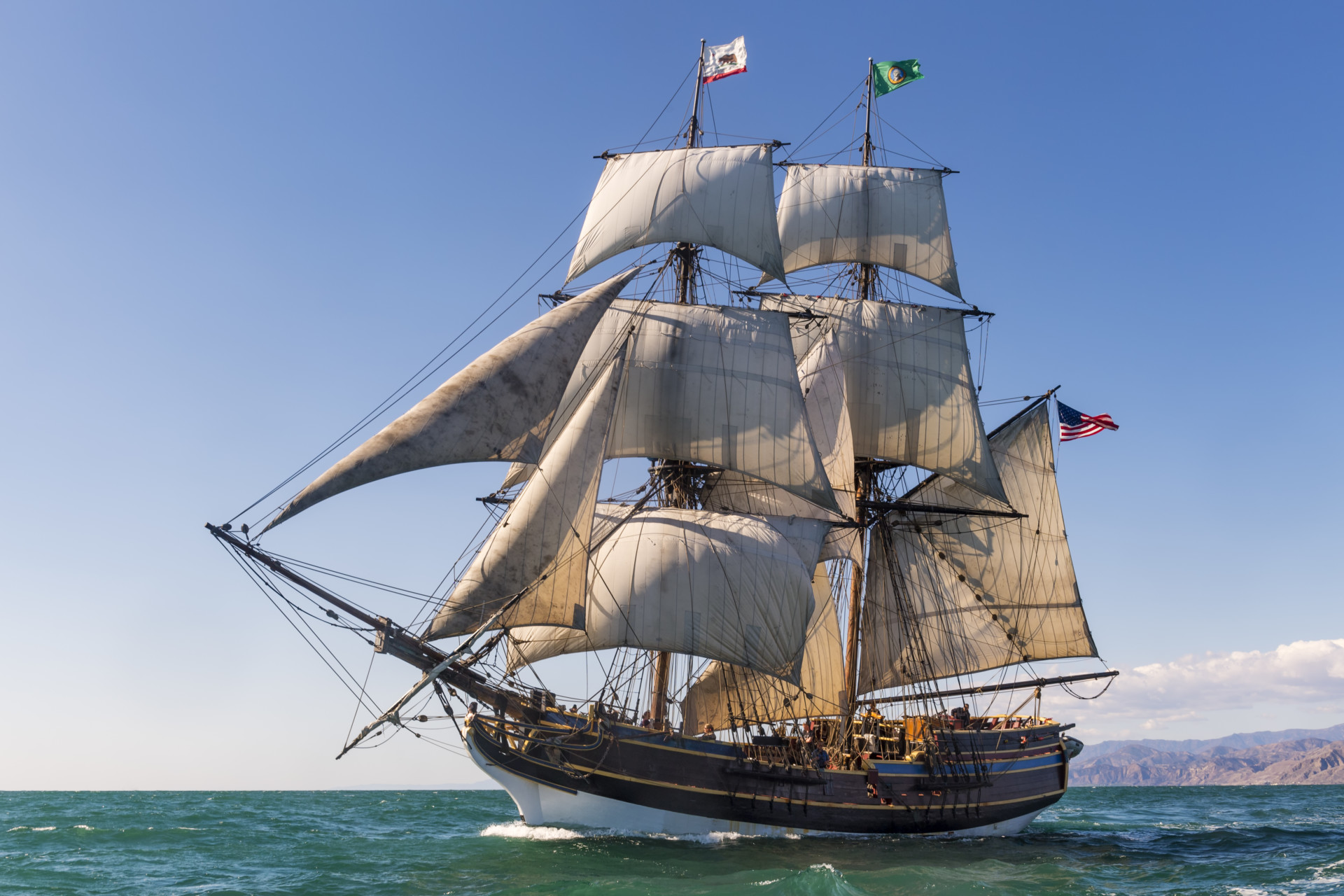 This cozy local bakery in downtown Aberdeen whips up mouthwatering, innovative recipes daily. The oozing caramel sauce dripping from a cupcake is sure to make for a sweet photo, or perhaps snap a shot of you, your family and friends indulging in a French macaron. While you’re in the downtown corridor, check out the unique neighboring businesses for more photo opportunities. 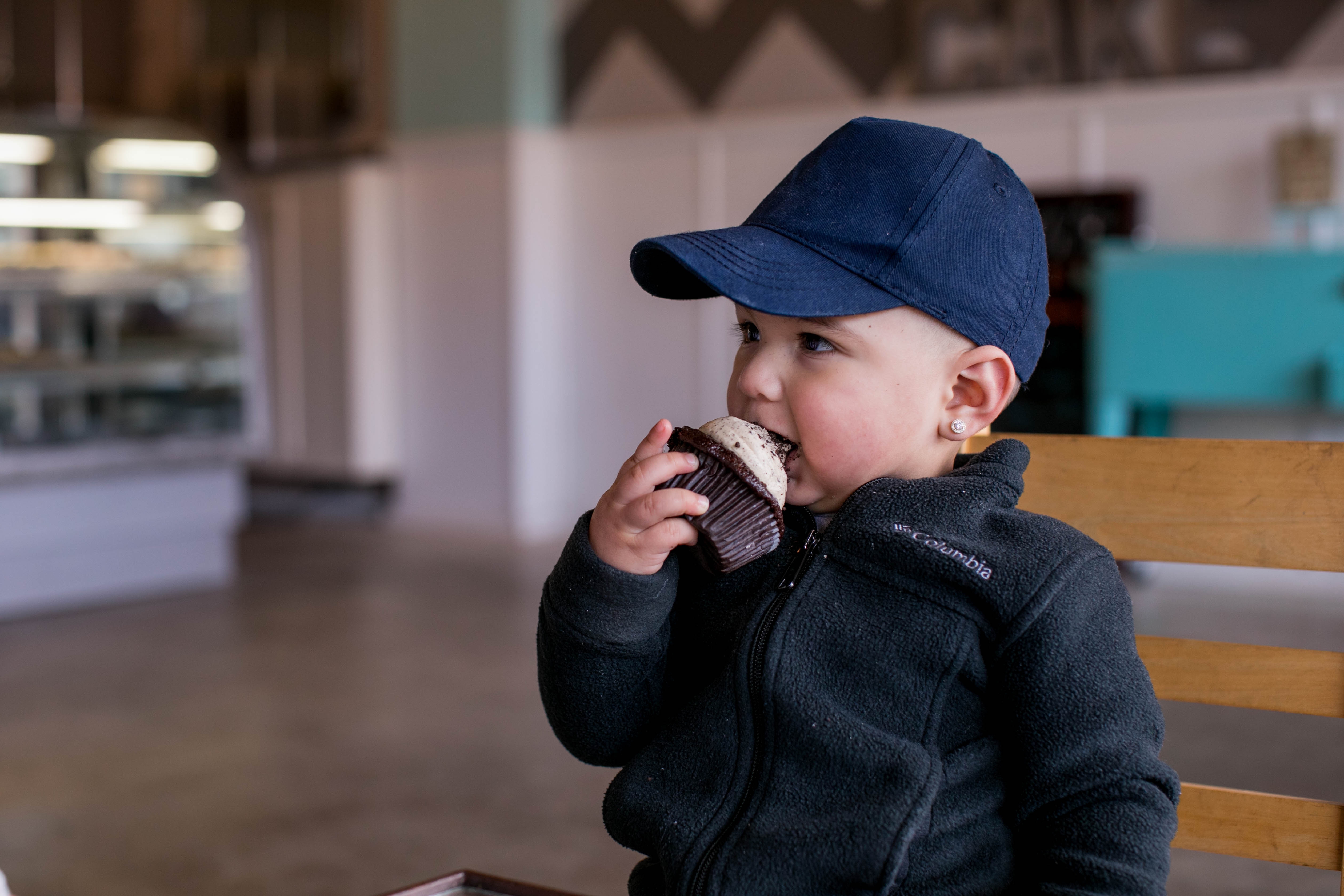 Although the Aberdeen Mansion cannot be toured as it’s currently a private residence, the exterior of this stately home is worth a visit. The vibrant

yellow exterior covers the entire facade including the turrets and exquisite detail that was constructed by the wealthy Hulbert family. History oozes from all four floors of this wonderfully constructed 1905 piece of work creating yet another photo opportunity that celebrates the fascinating corners of this city. While checking out the Aberdeen Mansion, take a drive down the surrounding streets and marvel at the many other stately homes that have been well preserved to maintain their original architectural design from the turn of the century.

Not far from the Aberdeen Mansion is Sam Benn Park. Named after the founder of Aberdeen, a large sculpture of the park’s namesake stands near the entrance. The park is surrounded by beautifully crafted homes of the timber baron's from the early 1900’s as well as towering trees. If you’re hoping to freshen up your Instagram feed with some adorable candid photos of your children at play, let them loose on the large play equipment to quickly bring a smile to their face. Additionally, the vegetation in the park and picturesque homes create the perfect backdrop to photograph your friends playing disc golf or a round of tennis.

Not only are the wine and food delicious and photo worthy at Westport Winery, but the surrounding gardens are a gem in themselves. This award-winning winery is located just 20 minutes from the beach and features over 15 acres of themed display gardens. As winter turns to spring, the many plants and flowers come alive and cover the gardens.

Meander through the Hawaiian Tropical Paradise, French Formal Garden, or English Cottage Garden photographing the unique details in each one. In addition to the scenic gardens, the exterior of Westport Winery is modeled to resemble Westport’s Grays Harbor Lighthouse, the tallest lighthouse in the state. 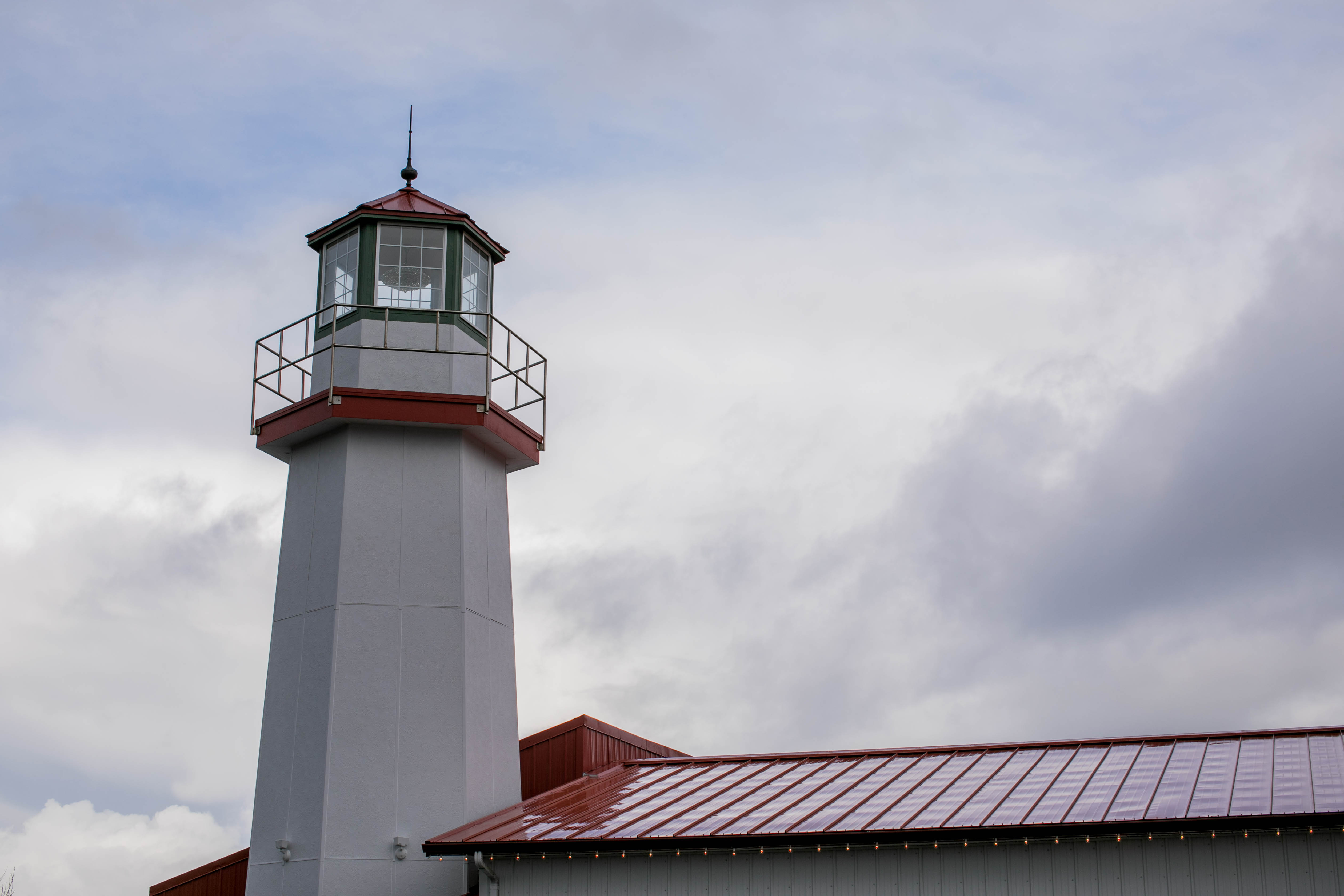 Photograph the food and drinks inside Westport Winery as well as the building's exterior and surrounding gardens.

Public murals first began popping up throughout Aberdeen during the Washington State Centennial. The Murals on the Map project works to document, restore, and create new murals throughout the downtown corridor, so on each visit to the city, you might just walk around the corner and discover a new mural to photograph. A few of the mural themes that you can discover today include: a colorful kelp forest, Kurt Cobain, or a depiction of the history of transportation throughout Grays Harbor.

History abounds at the Driftwood Playhouse. Being home to the Driftwood Players for over 60 years, and formerly Aberdeen’s Christian Science Society, the building has been a welcoming place for many years. Visit their website for upcoming showtimes that will offer a glimpse inside the historic venue. If there isn’t a play taking the stage during your visit, take in the outside of the theater featuring ornate architectural details reminiscent of early 1900’s Pacific Northwest building style. The large pillars reflect a status of wealth that encompassed the city during the turn of the century logging boom. Food and drink photos are great, but distinctive architectural design is something that’s difficult to replicate on social media.

Take a step into the natural side of Aberdeen and have your camera at the ready! Lake Aberdeen offers a tranquil escape from busy city life and is a beautiful recreational area complete with five acres of developed land available to explore. There are plenty of opportunities to practice your macro photography skills – wildlife, insects, wildflowers, beautiful greenery, and of course the lake. Bring along a picnic and unwind in the grassy areas surrounding the water and easily create a scenic backdrop for a perfect photo-op.

Unique pieces of art always make for a great Instagram post. Located in the Aberdeen Art Center, Alder Grove Gallery offers a mix of urban, contemporary, and traditional art pieces masterfully crafted by coastal Washington artists. These artists draw inspiration from their surroundings often depicting scenes from the ocean, forests and wildlife. New exhibits rotate through every two months, so plan a trip back multiple times throughout the year for additional photography opportunities. 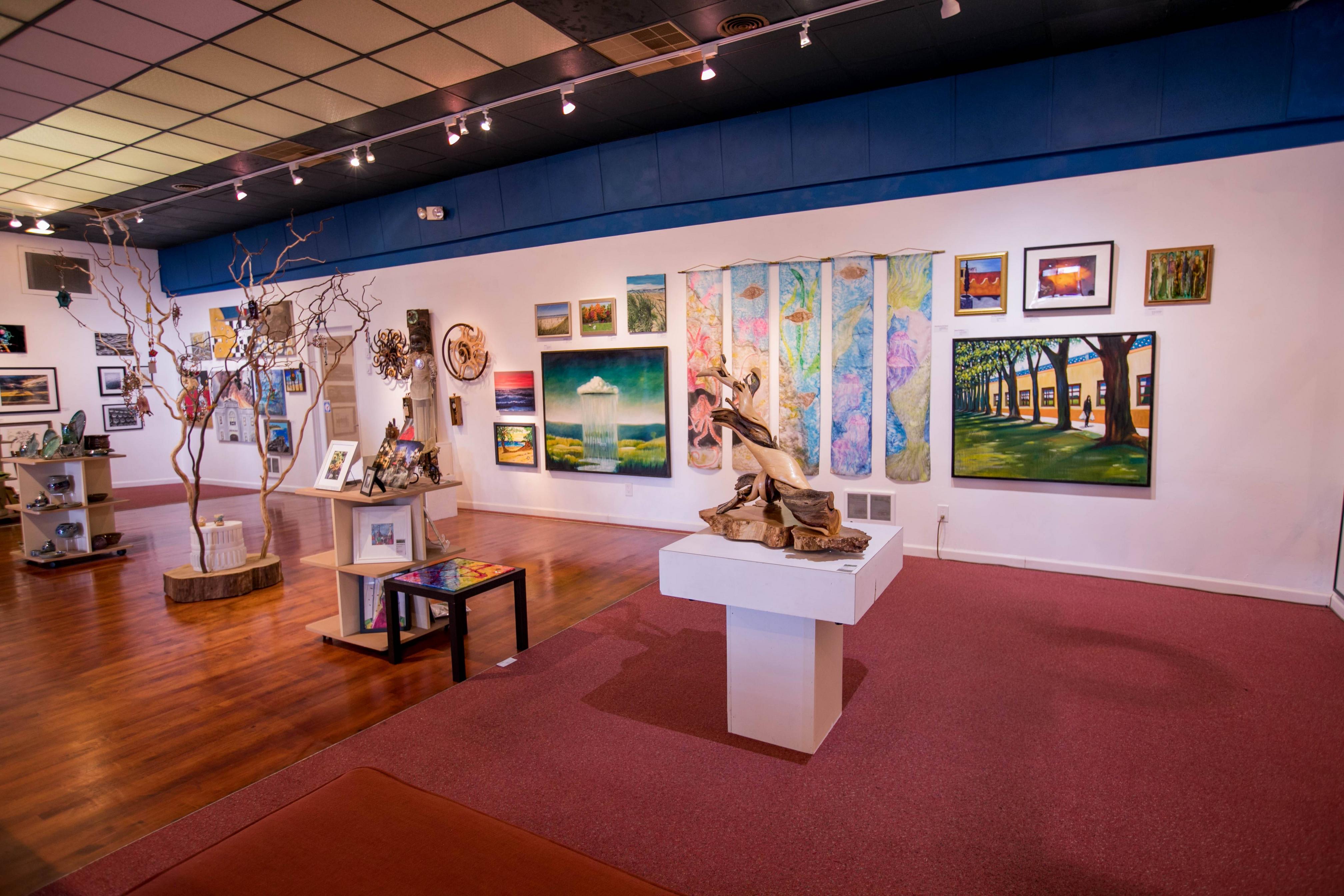 Rotating works of art from PNW artists are on display at the Aberdeen Art Center.

As visitors and locals enter into Aberdeen from the east, it’s hard not to notice the large “Welcome to Aberdeen” sign reading, “Come as You Are” to the right of Highway 101. A small turn off parking area gives eager fans a chance to pull over and capture a memorable Nirvana inspired photo.

If you’re hoping to delve even further into the history of Kurt Cobain in Aberdeen, head to Kurt Cobain Park. Positioned on the muddy banks of the Wishkah River, rumors tell tales that the nearby bridge was frequented by Cobain during the 1980’s. Snap an Instagram-worthy shot in front of the graffiti art that’s been left by visiting fans from around the world. While you’re in the area, cruise past Kurt Cobain’s famous childhood home located at 1210 East First Street. For more locations such as these check out Five Places in Aberdeen to Find the Spirit of Kurt Cobain. 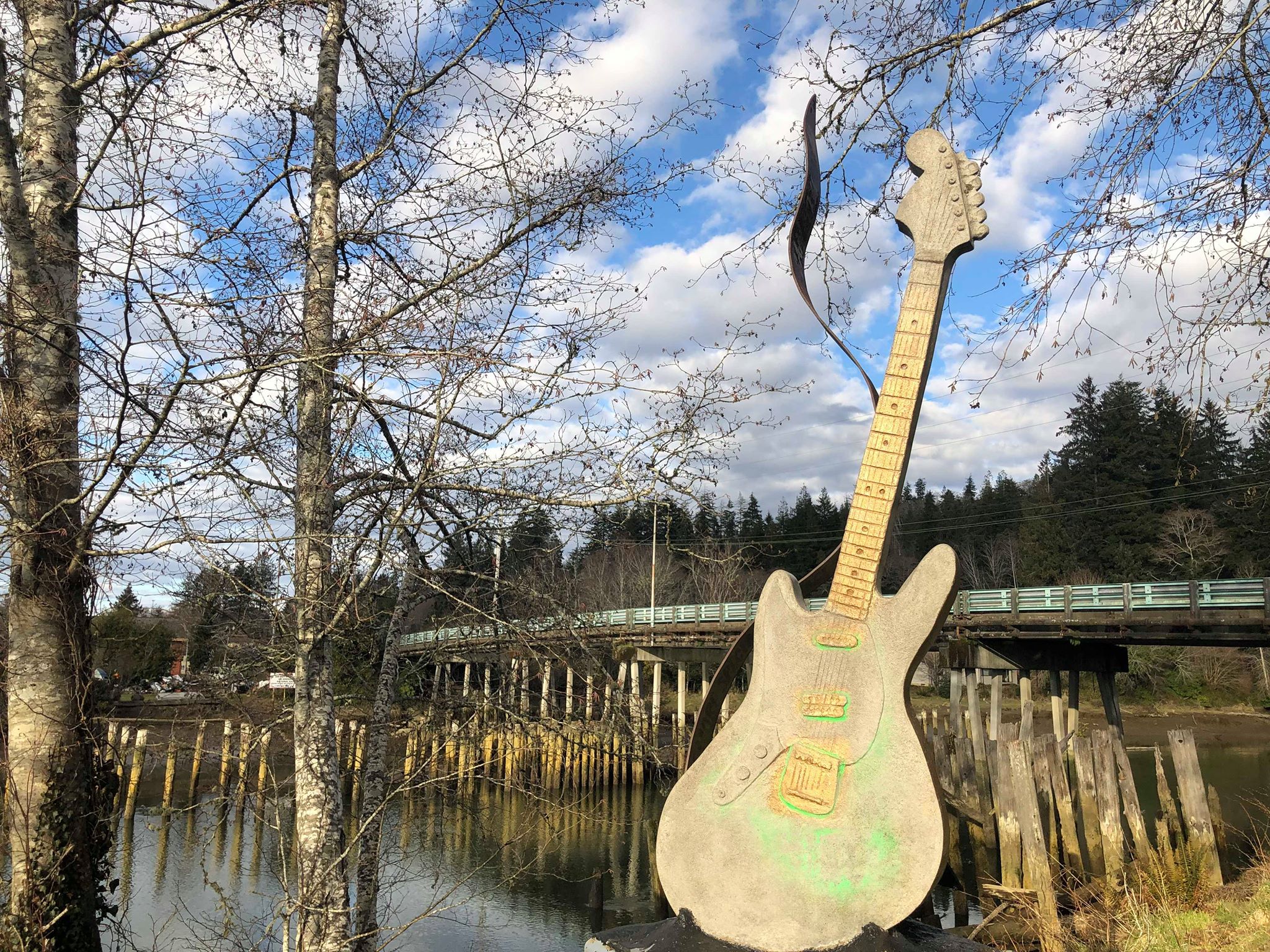 Pay a visit to Kurt Cobain Park located near the Muddy Banks of the Wishkah River.